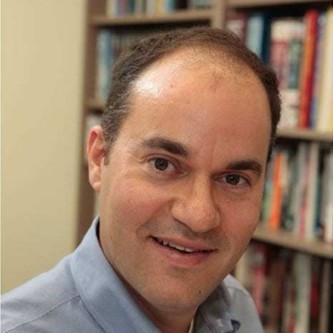 Matthew E. Kahn (born 1966) is a leading American educator in the field of environmental economics. After earning his Ph.D. in Economics from the University of Chicago, he began teaching at various universities, including Columbia, Harvard, Stanford, and Tufts. He is currently a professor at the UCLA Institute of the Environment, Department of Economics, Department of Public Policy, Anderson School of Management and the UCLA Law School. He is a Research Associate at the NBER.

Kahn has published over 90 papers and has authored Green Cities: Urban Growth and the Environment (Brookings Institution Press, 2006) and (with Dora Costa) Heroes and Cowards: The Social Face of War, which was published late in 2008 by Princeton University Press. In 2010, Basic Books published his book on climate change adaptation and cities titled; "Climatopolis: How Our Cities Will Thrive in the Hotter World. He is currently writing a book on China's Green Cities joint with Siqi Zheng of Tsinghua University.

Kahn's research focuses on the environmental, urban, real estate and energy economics. He is also known for his work on social capital. He blogs on these topics at greeneconomics.blogspot.com. In 2009, the Wall Street Journal named him one of the top 25 Economics bloggers. He is married to Dora L. Costa. Professor Costa is an economic historian and demographer who teaches at UCLA.

Is California More Energy Efficient than the Rest of the Nation? Evidence from Commercial Real Estate

Big-Box Retailers and Urban Carbon Emissions: The Case of Wal-Mart

Carbon Emissions from the Commercial Building Sector: The Role of Climate, Quality, and Incentives

The Capitalization of Green Labels in the California Housing Market

The Value of Green Labels in the California Housing Market